India is the largest postal network in the world, providing its services to Indian residents under the control of MCIT (Ministry of Communication and Information).

A network of 154,866 post offices, over 570.00 mailboxes, and about 500,000 employees serve approximately 1.3 billion people over three million square kilometers and manage over 6.5 billion mails per year, making India the largest postal network in the world.

Besides its main postal functions, retail, insurance, and financial services are also provided to the residents of India by the post office India.

On average, a single post office covers over 21 square kilometers and serves nearly 8000 people. Of the 154,866 post offices, almost 90% are located in rural areas. 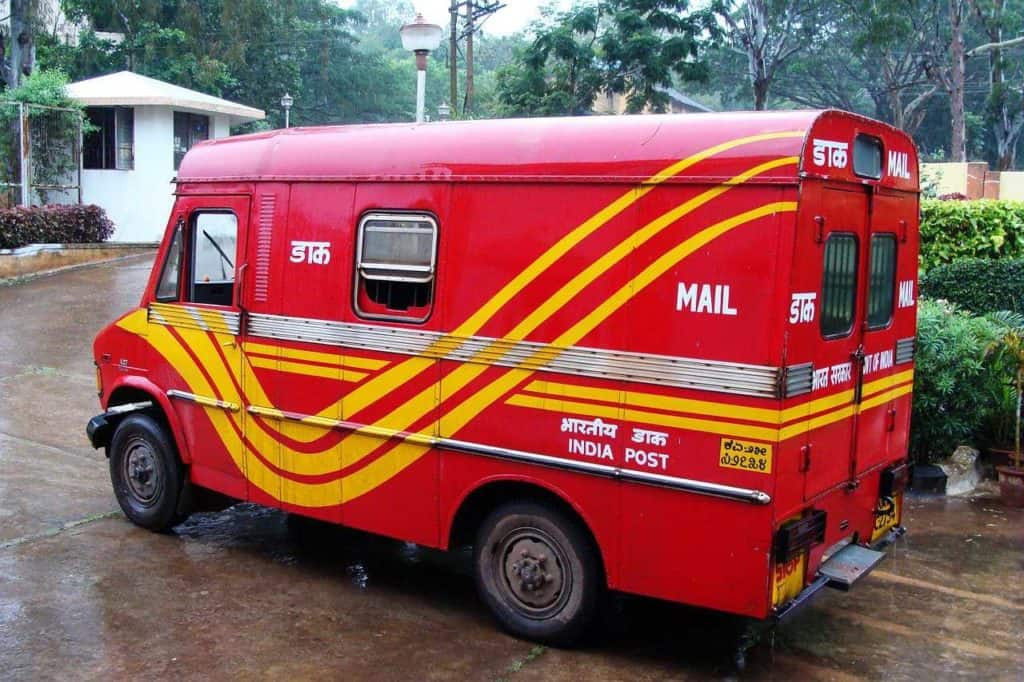 History of the Indian Postal Service

The system evolved under the Mughal rule to the point where Emperor Akbar built post offices ten miles away on the main roads and placed horses in each office for efficient coordination and delivery.

Despite this, the British did not seem to have found a consolidated communication system when expanding their dominance in India.

Lord Clive (considered the founder of the British Empire in India). The East India Company took the initiative and created a Dauk Company in Mumbai in 1688. Between 1764 and 1766, offices were also built in Chennai and Calcutta.

This system was introduced in 1766. Under this new system, landowners along the routes used for mail and the transmission of goods had to provide brokers or messengers to deliver mail from one place to another.

For the services provided, the owners’ rents were proportionately subsidized. Lord Clive also made fundamental changes to the way the postal service was operated in India. He introduced a system of rules and regulations that laid the foundation for what eventually became the Indian postal service.

The consultation law of March 1766 explains some parts of this system. For better regulation of the postal service, Lord Clive ordered that all letters should be sent from the Government Palace in the future.

The postmaster or his assistant assists in sorting the mail every evening and sees them sent off. The letters to the settlements of the different islands are made in separate bags, sealed with the company’s seal (East India Company), that no one can open the parcels except the head officials in different places.

Thus postmaster or his assistant sorts the mail and ensures its safety.

Development of The Postal System

Warren Hastings was the first governor-general of India. He identified that developing a postal system for communication purposes was crucial if the British wanted to establish their presence on the subcontinent. Thus he starts work to strengthen the postal system in India.

One of his first steps in this direction was to democratize the postal service. In March 1774, he opened the postal system to the general public. Before then, the main goal of the postal system was to serve the commercial interests of the East India Company.

A complete postal plan was worked out in January 1774, and the company’s first general post office (GPO) and postal service were established in Calcutta on March 31, 1774. General Post Master was appointed to see administrative and operational activities.

From 1774 to 1837, the post office evolved like any other organization. In 1784 the regulations were reviewed and adopted at the Calcutta office. It was followed by the creation of general post offices in Chennai in 1778 and Mumbai in 1793. The services were expanded. So the establishment of post offices was begun.

The Bengal XX regulation clearly explained the landowners’ duties in the postal system. In 1830, Bombay regulation XI prohibited all private postal services and made the Governor-General the only entity responsible for transporting mail.

The company managed to create a viable network linking some big cities. But, there was still no general postal system in India before Law XVII of 1837. According to the law, a public post was created.

The government assumed the company took over the exclusive right to convey letters for hire in the territories of the East India Company.

According to the law, several new post offices were created (the first on October 1, 1837), and a double system of post offices appeared: the imperial post, which controlled all the main roads and large offices, and the district post office, which was entirely rural and handled rural services in each district.

Although this new system has created a complete postal network, improvements could still be made. So, in 1850, the government of India (British Raj) appointed a three-member committee to investigate the matter.

The Commission’s report in 1851 presented new proposals for uniform and applicable postal rates for all associated post offices.

After the 1854 law, the Indian postal service developed steadily. Due to the greater economic accessibility, postal traffic has increased, and the network of post offices has expanded. In 1863 the first railway postal service was created.

The post office has significantly expanded the services offered over time. In 1877 it introduced mail-order services with the value-for-money system. It introduced the mandates in 1880; in 1882, the post office savings bank was created, and in 1884 postal life insurance (PLI) was introduced to cover all postal workers.

The new Indian government, framed after independence in 1947, controls the post office. At the time, there were 23,344 post offices, most located in urban areas. Recognizing the potential of the post office, the new Indian administration has made expansion a priority. So they begin to expand the postal services all over the country.

Jawaharlal Nehru noted that the postal system is an important public institution. In the past 60 years, the service has grown seven times and has gone from urban to rural. The service also improved the quality and quantity of financial and other services offered.

Post office India provides several services to the general public in India. The postal service is led by a director-general who reports to the Union’s minister of communications and information technology at the administrative level.

The CEO is also the secretary of the department and the President of the Postal Services Commission (PSB).

PSB (Postal Services Board) is the high-level management body of the DOP. It is composed of the President and six other members. The Board of Directors is responsible for personnel management, postal operations, introduction, and technology implementation.

Operationally, the Indian postal network is divided into 22 postal circles. Each circle, led by a Chief postmaster general, is responsible for a specific geographical area. The circles are divided into regions made up of terrain units called divisions.

Therefore the chief postmaster ensures postal services in the areas under their control. Post offices across the country are divided into head, sub-head, and branch offices.

Since India is the world’s largest postal network, the department’s functions are classified into four main areas: postal operations, financial services, insurance, and stamps. So the postal service of India helps the citizens of India to manage their financial needs.

The post office provides a wide range of services. The primary duty of any postal service is the transmission of mail. The mail-in India is collected from 444266 mailboxes across the country, managed by a network of 387 main offices, and transported by road, rail, and airlines.

For the period May 2019 to Dec. 2021, the postal network delivered millions of articles/parcels.

The department maintains Mail Motor Services for city mail delivery consisting of 1,282 motorized vehicles. From 2010-to 2011, these vehicles covered 30.57 million kilometers. So makes India Largest postal network in the world.

The ministry also took steps to modernize the mail delivery process. The main ones are:

The messaging network optimization project: a general effort to improve the quality and efficiency of the services provided. A proposal to set up automatic mail processing centers (AMPC) to enhance sorting efficiency and help modernize the mail network, consolidate sporting activities, and speed up sorting and delivery.

The post office offers a wide range of financial services. The core of these services is focused on the savings account and associated plans. Post Office Savings Bank (POSB) is India’s oldest and largest post office banking facility, with more than 238 million savings accounts in 154,000 post offices.

Thus in terms of financial services, it makes India Largest postal network in the world.

The various savings products offered include the savings account (SB), the recurring deposit account (RD), the monthly income plan (MIS), the pension fund (PPF), the temporary deposit (TD), the savings plan for the elderly, and the issuance of the national savings certificate (VIII and IX).

The department also signed a Memorandum of Understanding with the Ministry of Statistics and Program Implementation (MoSPI) to collect consumer price data in rural areas to calculate the consumer price index (CPI) and the rural CPI.

The RPLI, unlike the PLI, was created in 1995 on the recommendation of the Official Committee for Industrial Reforms. The committee noted that only 22% of the country’s insurable population was insured.

He also said that the committee understands that rural branch postmasters who enjoy a trusted position in the community have the opportunity to look for life insurance companies in their respective sectors.

The Indian government extended the PLI program to rural areas in March 1995. The largest postal network in the world Indian postal service provides several postal insurance schemes to its customers.

The collection and study of stamps are referred to as philately. The DoP distributes special/commemorative stamps and letter paper as an official government agency responsible for postal affairs.

They also maintain the National Philatelic Museum and promote philately through exhibitions and other activities. 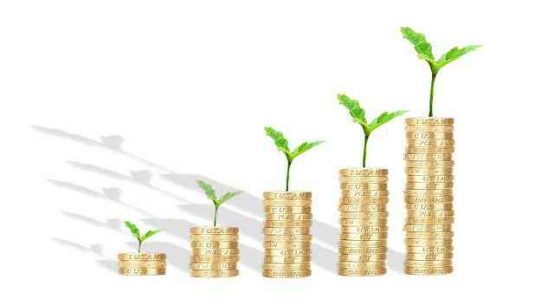 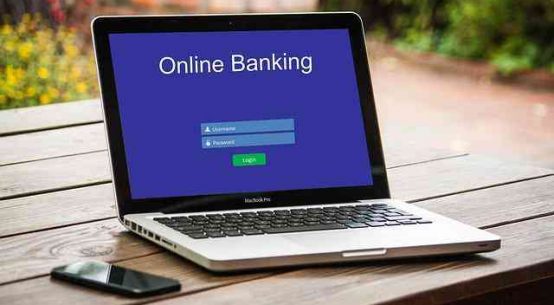 Post Office Online Banking: What You Need to Know 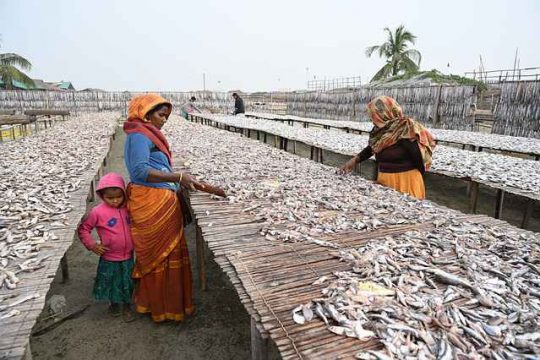 Welfare Schemes for Women in India 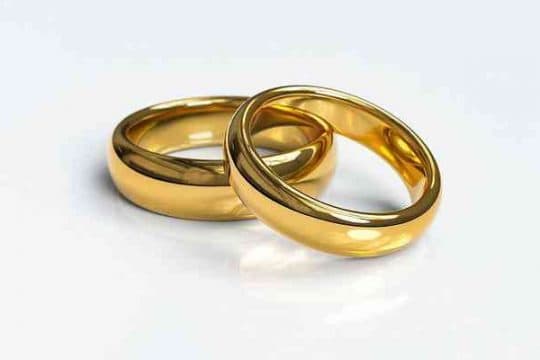